The idea for this app started eleven months ago as a collection of PHP scripts and a giant Shortcuts.app shortcut. But I quickly realized it would be best served as a real iOS app. I've been working on it off and on since February and have teased it a few times publicly on Twitter.

But now I think I'm ready for broader feedback from outside my small group of testers. And hope that feedback will show that it's useful to more people than just me.

The app is called Voxmail. And (I think?) it's the first iOS email client that you can't use on your phone. 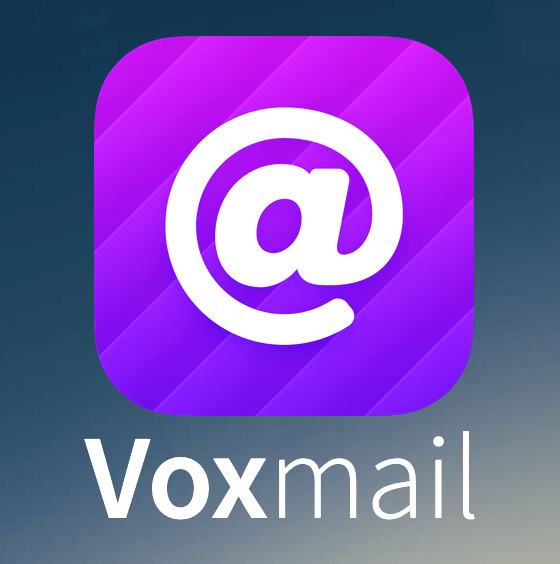 Instead, you check and triage your email using only your voice with Siri.

I've been using it every weekday for the past six months (when not quarantined) to go through my inbox while commuting to work. Specifically, I use it with Siri via CarPlay to hands-free get a handle on any email that came in overnight or that morning before I arrive at work.

Voxmail isn't meant to replace your real email app. It's meant to augment your mail client so that you can read, archive, delete, mark as spam, etc. your inbox while driving or doing other tasks with headphones on.

The app even has, what I think, is an amazing workaround to give you verbal push notifications of new messages when connected to AirPods or CarPlay. (I hope Apple approves it.)

How does Voxmail work? Let me show you a conversation on my phone with Siri side-by-side with my email client and Reminders.app on my Mac so you can see things happening in real-time.

(Make sure your volume is up so you can hear Siri reply.)

Think of Voxmail like you would old-school cellphone voicemail from the 2000s. The app will read your messages to you one at a time, and you can take action or skip and move on to the next.

Here are some things you can ask Voxmail to do:

As a bonus feature, you can also say

and Voxmail will add a reminder to the iOS Reminders app with an alert set for the date and time you chose and the email as an attachment.

But what about CarPlay?

Well, one of the things that have always annoyed me the most about CarPlay is that Apple silences all notifications while you're driving except for a few whitelisted ones such as text messages, calendar alerts, and turn-by-turn directions.

I totally get the safety reasons for this. But at the same time, if my boss sends me a Slack message saying that the world is on fire while I'm driving home and I need to call him, I would very much like to hear that notification via CarPlay. Not so I can try replying in Slack while speeding down the interstate, but so I could hands-free say, "Siri, call my boss."

My point is that I would like to be aware of other, non-approved notifications - even if I have no intention of ever using my phone while driving. Email is one of them.

Voxmail solves this problem by reflecting new emails to your phone via SMS when you're connected to CarPlay or Bluetooth headphones.

What does that mean exactly?

During my commute home, Voxmail will periodically check for new email in the background. If it finds a new message, it will send the sender and subject (and nothing else) to my web server. My server then sends a text message to my phone, summarizing any new messages, which Siri will happily announce and read to me in the car or over AirPods.

If it's a message I'm interested in, I tap the voice button on my steering wheel and say, "Read that email" to hear more.

Email is a sacred thing full of all your secrets. That's why none of your email ever leaves your device with Voxmail.

Unlike most other iOS email apps, Voxmail checks your email itself - on your device - communicating directly with your email provider. It does not use an intermediary 3rd party server to proxy your messages. All of your information, including your email account credentials, are kept locally.

The only exception to this is the SMS forwarding trick I explained above. That feature is opt-in and disabled by default. If you turn it on and confirm your phone number, only the sender and subject line of new emails are sent to my server - never the actual contents of your emails.

Further, none of that information is stored in a database. It's only around long enough to send you a text message, and then it's gone.

So that's Voxmail. I think it's a ton of fun and find it incredibly helpful.

It's not fully featured or quite ready for prime-time yet, but it is now available as a public TestFlight build. If anyone would like to help test, I'd love your feedback.

You can join the public TestFlight here. And I have more documentation available here.