Many people have written tributes (laments?) about iPod since Apple formally announced they'd discontinued the product line. No need for me to add to that chorus.

Today, a coworker came into town who I hadn't seen this year. Because I'm a crazy person, I noticed and commented that their Apple watch was gone - replaced with a regular watch.

I stopped wearing it a few months ago except when I exercise. I feel so much...better...now. My mind is calmer.

That conversation was this morning. And then tonight, I read Riccardo's blog post with this passage near the end:

Listening to music with an iPod shuffle is still (and can still be) a fun experience.

Those two comments came together to describe why I musically jumped ship to an Android-powered Sony Walkman (lol, yes, stay with me) last year.

Anyway, those were the two emotional drivers that led me to shop for a dedicated portable music player last year - for the first time since my final iPod purchase in 2006.

I landed on the memorably named Sony NW-A105 (don't ever change, Sony) Walkman.

It runs a pokey version of Android 9, so you can download the usual streaming service suspects from the Play Store. But I wouldn't recommend that because

Just look at this little guy! 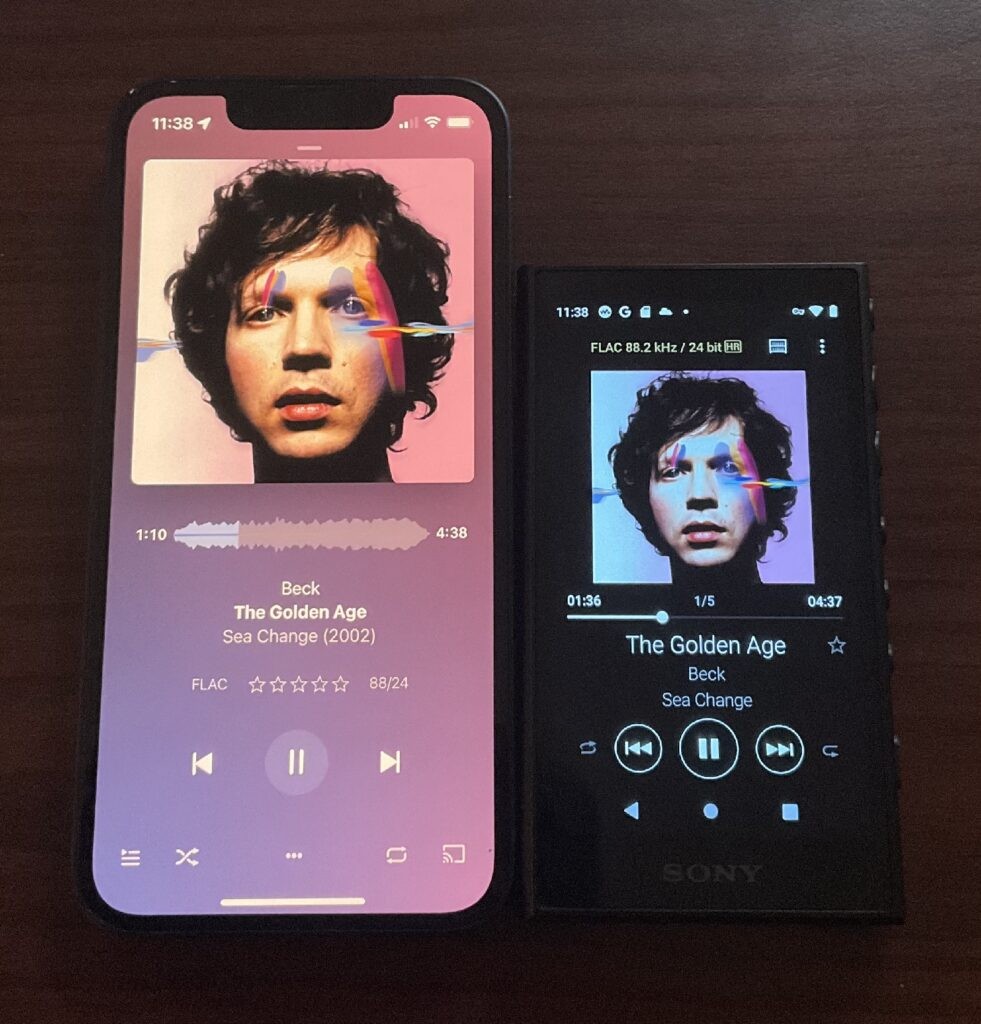 That's next to my iPhone mini! 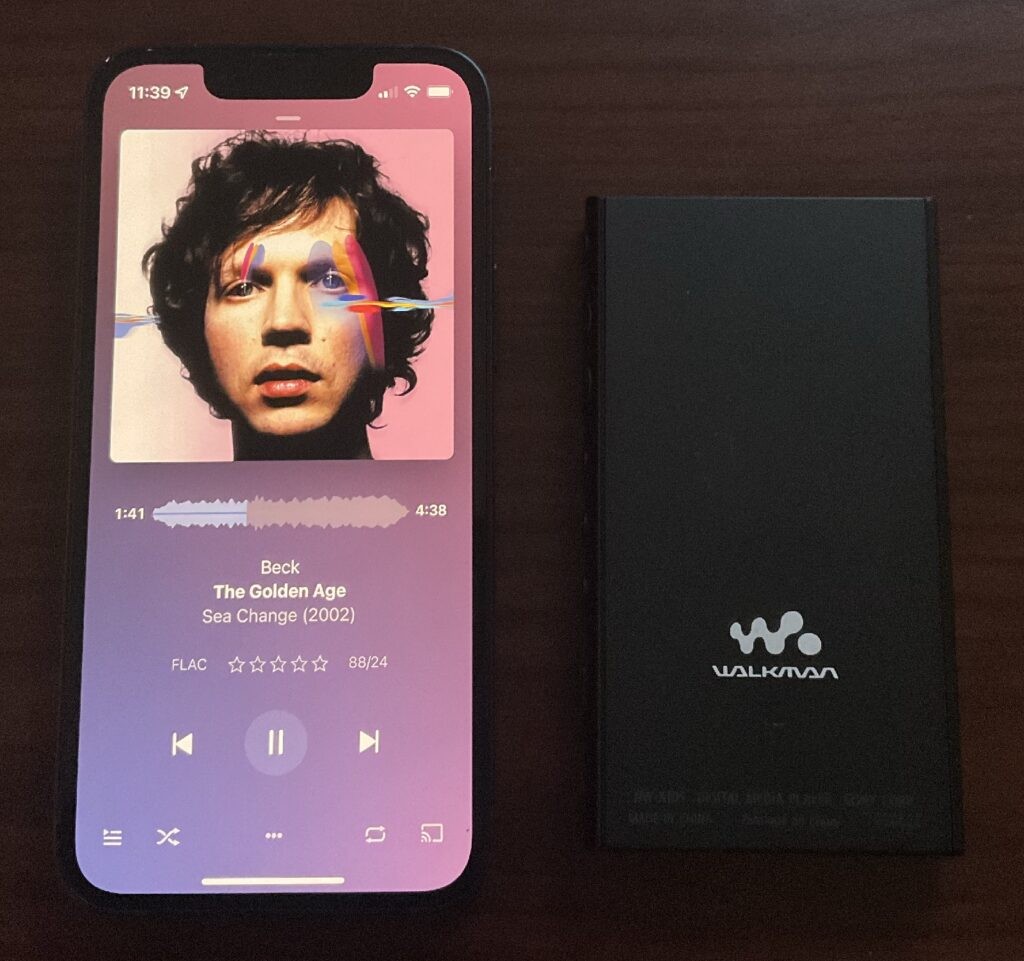 And, my goodness, actual, tactile, physical buttons that have a delightful click to them. A hold switch! 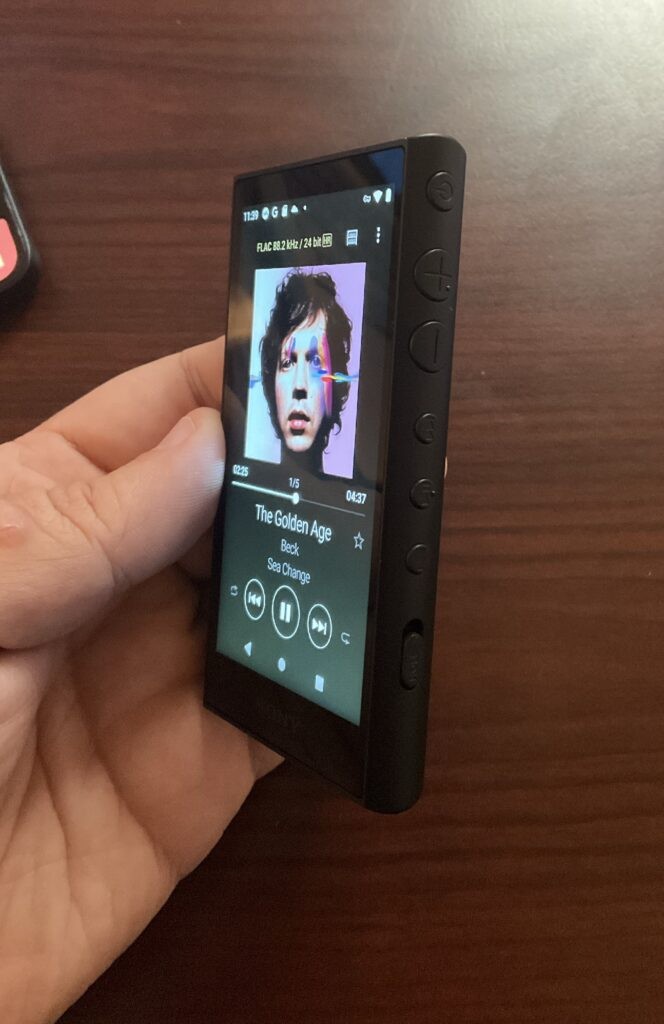 If you'll allow me to take a keynote slide completely out of context from the original iPhone introduction. That first bullet point: 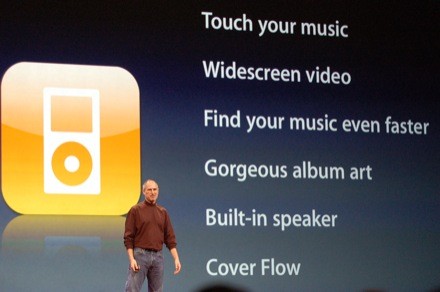 For all the amazing interactions touch screens have given us, until I clicked to the next track without taking this Walkman out of my pocket, I had forgotten how nice it is to control my music by touch - and not by voice or by first waking my phone from sleep and tapping a button I can't feel.

I don't have a good segue to this last bit, but here you go. Look at this fucking whimsy.

Music should be an emotional experience, and there's no reason our devices shouldn't reinforce that connection whenever possible.

Because it's built on top of Android, this little device is full of warts and other annoyances, but I do love it.

I'll leave you with its startup animation.