One of the best things that have come out of the pandemic for me has been my little Mac app, Ears. I had the idea for it and built it about a month into quarantine because I was in so many remote meetings throughout the day. And depending on the time of day, how much notice I had before the call, if my kids were around, all sorts of reasons - I found myself frequently switching my Mac's audio between speakers, AirPods, headphones, etc. It was a pain, so I built Ears to make that easier.

Since that first release in June, I've been refining the app to fit my workflow even better. And tonight, I'm delighted to push out a new release with additional features for all the work-from-home-warriors out there jumping between calls.

First up, if you don't know the purpose of Ears or why I think it's helpful, here's a quick walkthrough FAQ I wrote that explains the why's and how's of the app. 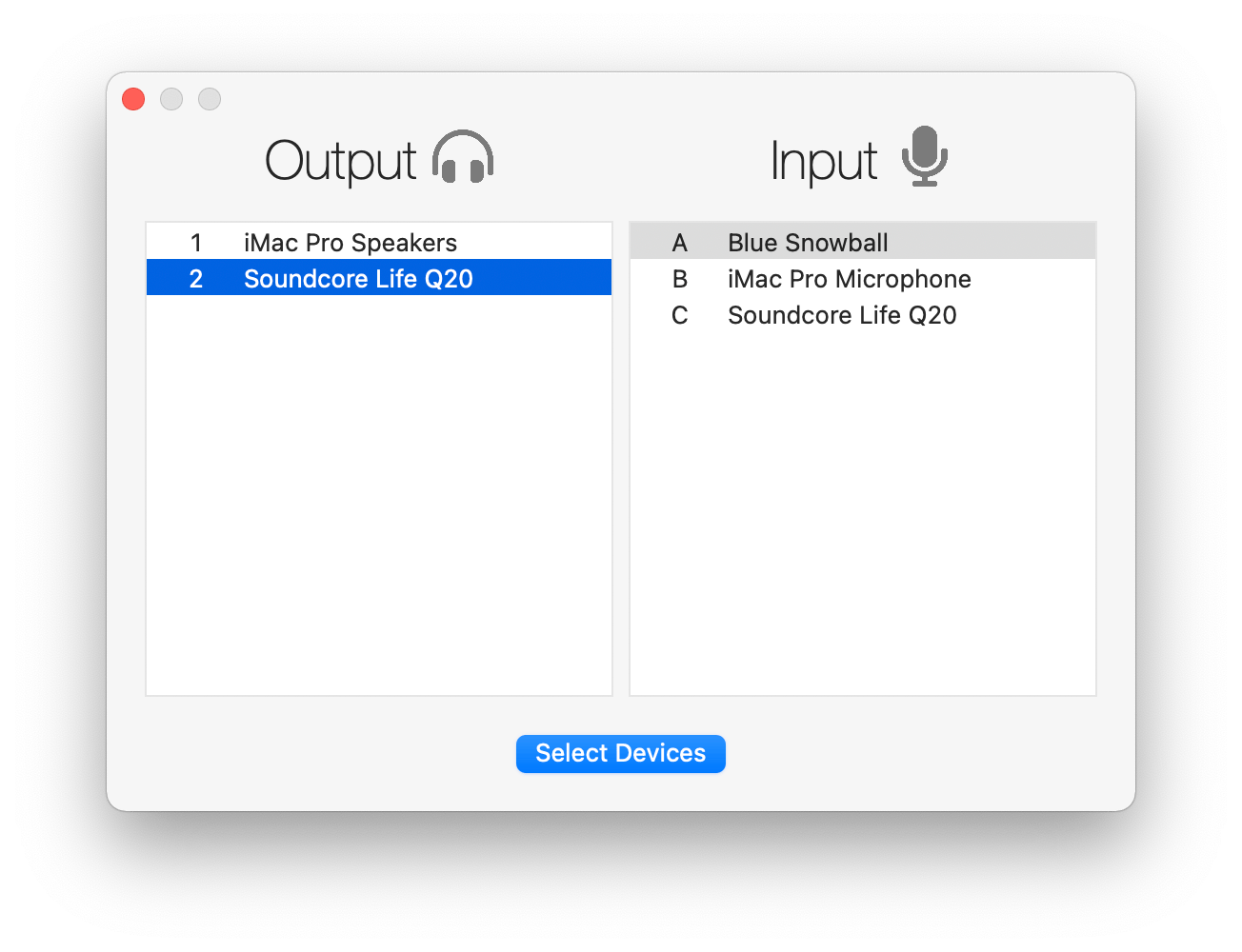 InstaMute is a terrible name for a feature, but I needed something to put in my git commit message, and that's what popped into my head.

The client I work with daily uses RingCentral for all their scheduled and recurring meetings. But then, they use Microsoft Teams for ad-hoc meetings and for employees low enough on the food chain that management doesn't want to pay for their RingCentral account.

But within the company I work for, the developers bounce around between Google Meet and Discord.

I'm saying all this so I can point out that each service - in the browser or their desktop apps - use a different keyboard shortcut to mute/unmute the microphone. Worse, even if you do remember the correct shortcut per app, you have to switch focus to the app to invoke it because it's not a global hotkey in every case. (And don't get me started that they all hide the on-screen mute button until you hover over it, so you don't initially know where to try and click.)

And it drives me crazy because when working from home - or even at the office - I don't want coworkers or clients hearing my kids screaming, me eating potato chips, or whatever else. But having to jump back to some random app and quickly unmute to speak and then go back on mute was a thousand paper cuts every workday.

I needed a global hotkey that mutes the system audio input, so it works in every app. I'm sure there's probably a native way to do this or some other app that will solve it for me, but it seemed like a good fit to add to Ears.

InstaMute has three modes of operation: 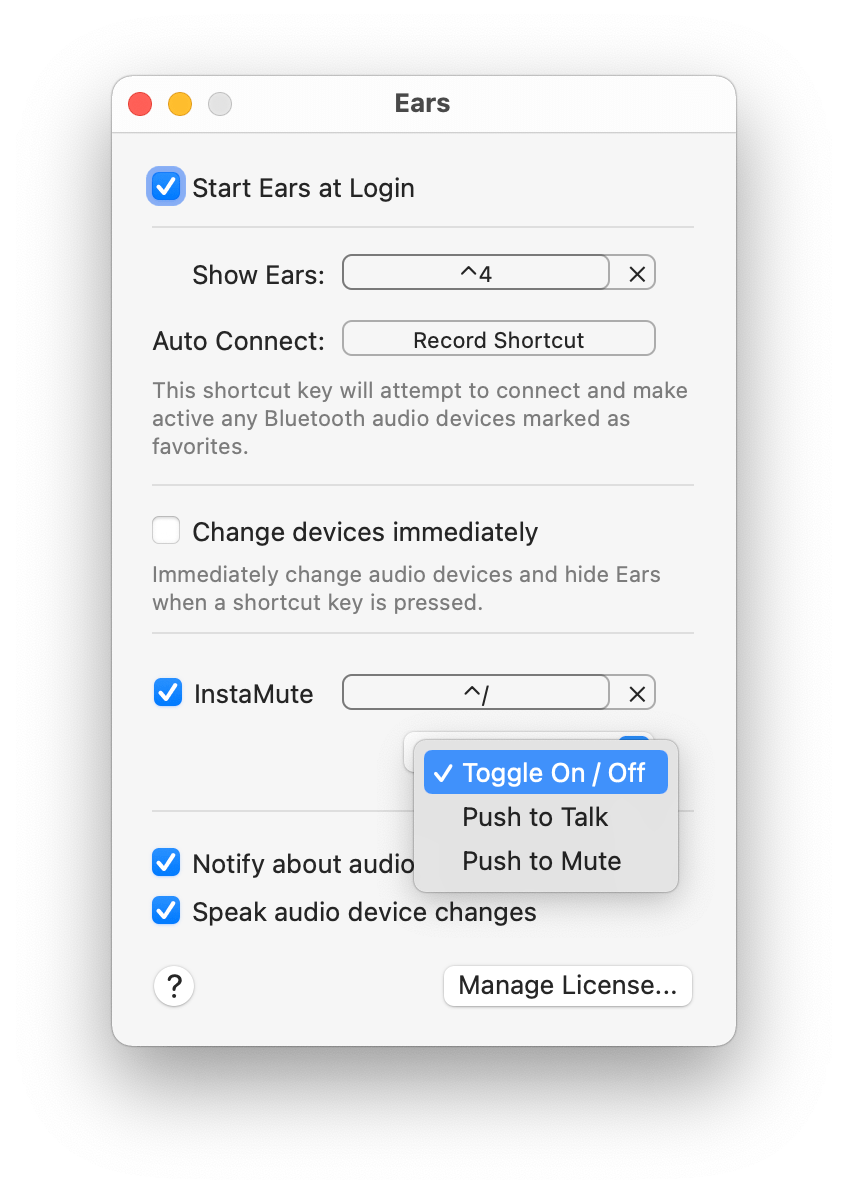 And to make sure you always know if you're on or off mute, the Ears menu bar icon will update based on your mic's current status to show a cross-line when muted.

A customer suggested this next feature.

You can assign a default volume on a per-device basis. Speakers, headphones, or even your microphones. Do you want your iMac speakers to be quiet? But don't mind blasting your AirPods. Give them each a preferred volume, and when you switch devices with Ears, the app will automatically set the correct volume.

(I know macOS will, in theory, do something like this for you, too. But it's never worked consistently for me. Hence why the user suggested this feature, and I wanted to build it.)

Ears has a straightforward UI. I'm trying not to clutter up the interface beyond its core functionality. So forgive me for hiding this feature behind a context menu. I don't expect most users will need it frequently - or at all - so it seemed a fine enough compromise.

Right-click on an audio source to choose a value and enable or disable the setting per device. 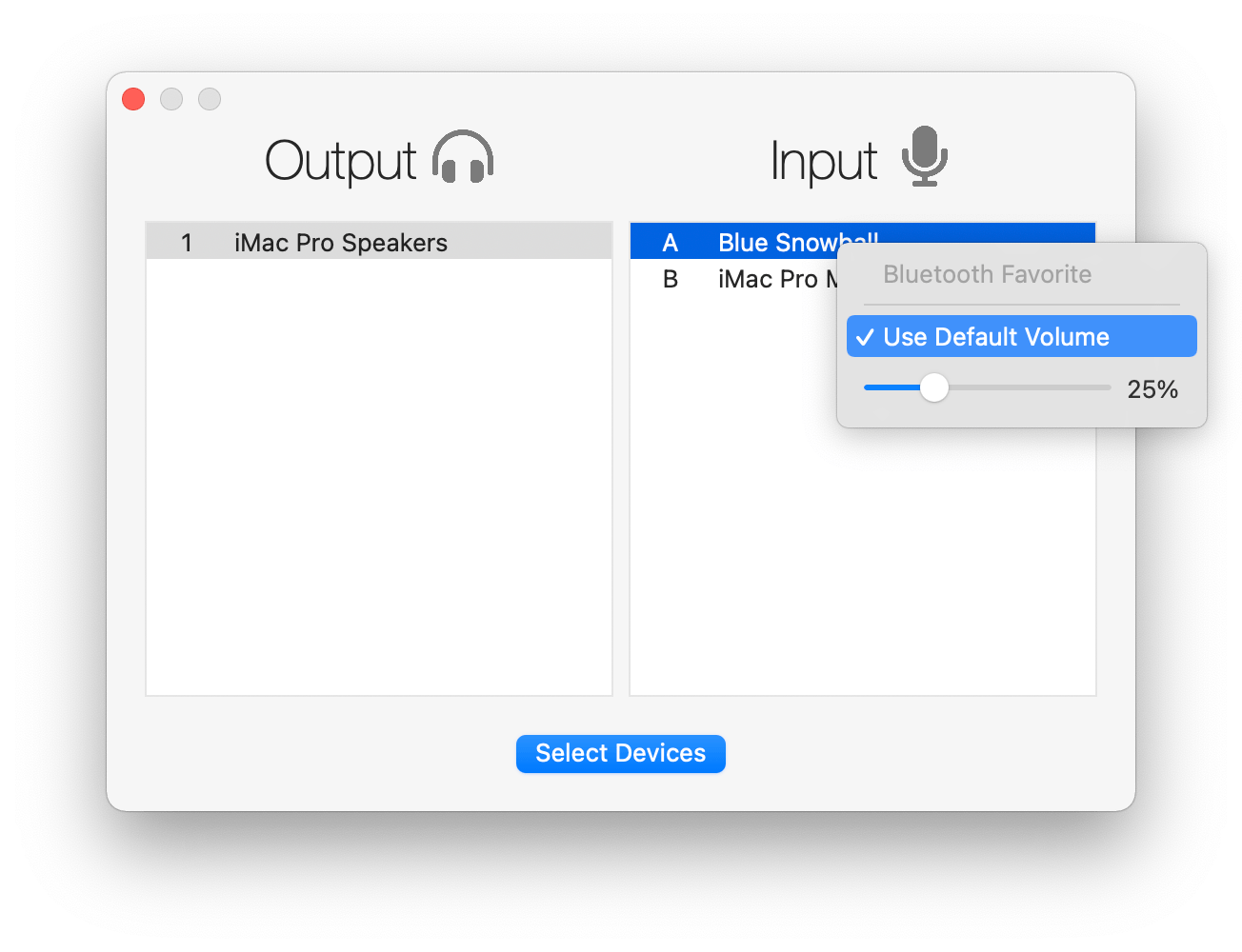 This feature was added shortly after Ears' first release, but I never mentioned it in my earlier blog post. 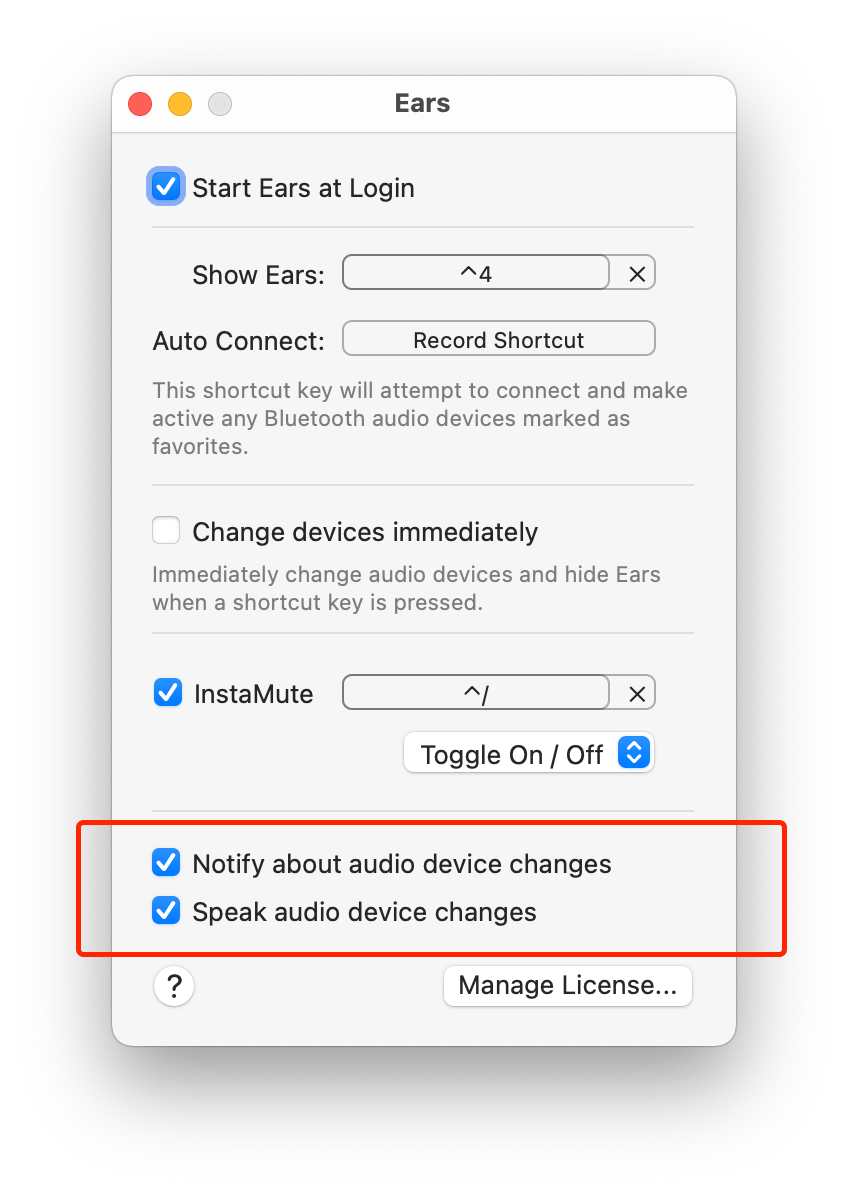 When your system audio changes - whether Ears makes the change or some other app - Ears will display a notification letting you know the new active devices.

I think it's a great way to confirm what you think happened really did happen and prevent surprises.

Also, you can choose to have your Mac speak your new audio device selections to you. I've added a slight delay between when your device changes and when the audio speaks. This delay gives your new device a quick moment to fully come online. So, in the case of switching to a different speaker or headphones, you'll hear the change announcement with your new choice to confirm it's active.

So that's the new version of Ears.

The app is free to download and use. But you can purchase an optional, pay-what-you-want license to remove the nag screen that appears when you open the app.

I made Ears on a lark because I really just wanted it for myself. But it's turned into one of the most well received apps I've ever built. So if you'll forgive me for bragging, I thought I'd share a few comments I've gotten from customers this Summer, and also say thanks to the thousands of folks who have given it a try. I get so much satisfaction everytime someone takes time to email and say it made their workflow during this crazy time just a little better.

I didn't know I needed this until today, but this is seriously a great app. I've spent so much time fiddling with audio devices the past few months 🙁

I do online teaching for a University (in Australia) and have a stream deck set up with some apple scripts to mute/enable the mic. Your software was the missing link in getting it all together.

Ears is great! Thanks for making it! I use it every day to switch among several devices. I wanted to show my support with more than just words, so I purchased a license a few minutes ago.

As an aside: I did notice that Ears posts notifications for audio source changes done in Ears, which is perfect for my use case. It can give that extra piece of confidence when switching.

I just wanted to say - thanks for Ears! I tried it out after reading about it on your website, and it's exactly what I wanted to help smooth over many audio devices during Work From Home and otherwise. This is especially helpful in an environment where you don't want to accidentally have your Mac switch to speakers, like in an open office environment. Anyways, thank you again for a great app! Looking forward to see how Ears evolves 🙂

Ears has been a lifesaver - thanks so much for the program!