This is a followup to my post last week about archiving your existing Pinboard bookmarks into DEVONthink. I wanted to clarify two points and also explain the new workflow I've setup to automatically archive any new websites I bookmark - whether in Pinboard or Pocket.

With all of my previous bookmarks safely archived in DEVONthink, I turned my attention to automatically importing new ones as well.

I'm using the new version 3 beta of DEVONthink and discovered it has a new "Smart Rules" feature. (At least I think it's a new feature. If it's not, how its the world did I miss it for so many years?) Smart Rules are like the typical NSPredicate-based Smart Folders you see in other Mac apps such as Mail. But instead of simply showing you a filtered view of your data, Smart Rules allow you to perform a chain of actions on items that match your criteria.

Both Pinboard and Pocket offer RSS feeds of your bookmarks. And DEVONthink allows you to subscribe to a feed and import its items into your database.

So, I added my Pinboard and Pocket RSS feeds into DEVONthink, and then created a Smart Rule that runs whenever a new item is imported. The rule takes the URL of the new item, converts it into a .webarchive, and moves it into a pre-determined group for permanent storage.

The result is that I now have an automatic snapshot of everything I bookmark as it appeared at the time I saved it, which can be searched and retrieved via DEVONthink's amazing full-text search engine, or exported as a PDF at a later date if I ever have the need. And with DEVONthink To Go, those archives are also available across all of my iOS devices as well.

After you've added your RSS feeds to DEVONthink, here's a screenshot of the Smart Rule I'm using to do the archiving. 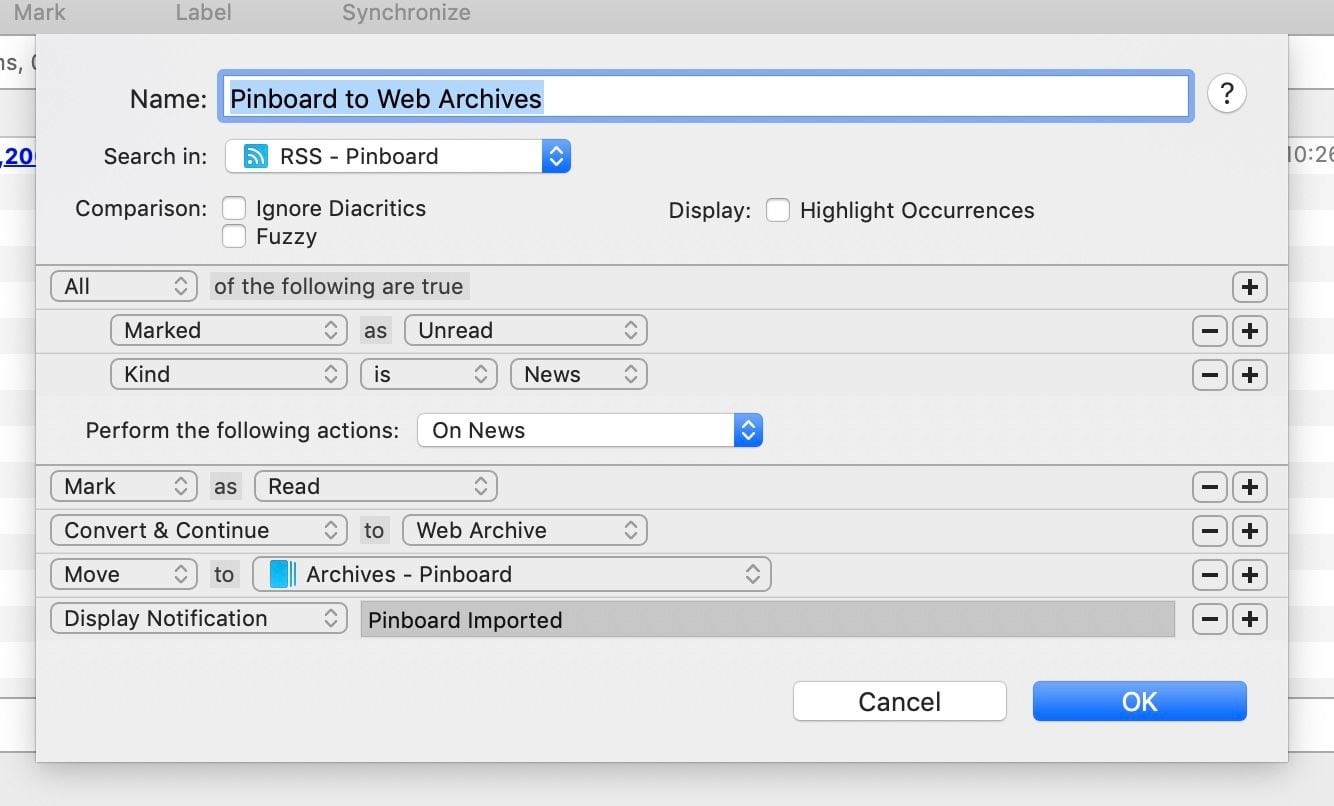